Our habits shape who we are, except forming them is not always so easy. A habit only becomes permanent when it becomes automatic. Yet getting started and remaining committed could be a whole challenge by itself. There’s a theory called 21/90 that states that it takes 21 days to make a habit and 90 days to make it a permanent habit even though experts say that it takes even more. But once we develop a habit, it gives us a feeling of control over our surroundings and increases the efficiency of our brains. Acquiring new habits can help you get things done because your mind does not have to be focused as much on actions and can thus save energy. We will spend less time debating with ourselves about whether to do something.

A ritual of starting

Before jumping into new habits, a good idea for getting yourself mentally ready is to make a ritual of starting. Identify what helps you make a change and from where your initial motivation comes. The initial motivation for establishing a habit should develop from a passion for something. It doesn’t have to be something huge. Just look for the little things that make the most difference. Not only that it manageable, but the results will have more momentum to start with the next thing.

When you decided on a habit it’s time to merge it into your daily routine. So write these habits down on a piece of paper or put them in a mobile app, and check them out one by one until eventually, they will become part of your ongoing routine.
All your goals are possible when you commit to them and make time to work towards them. Your goals could be large, but they should be achievable. It’s always better to split them into smaller tasks whenever possible. While the road to establishing a new routine is sometimes slippy and rocky. It’s important to know that sometimes you might forget to do some of the tasks or get distracted by social media. That’s okay. It doesn’t mean you failed. Just return to the habits you’ve been working on, and don’t quit only because you made a mistake. No one is perfect.

Celebrating your good habits is key to your success. To continue to do something as a habit, think of a reward to associate with your actions to enhance motivation further. It could help you get significant improvements. Especially when you use rewards that come most naturally to you because they will have actual meaning behind them.

Try connecting your habits with other parts of your day that is already an established habit. By linking your new habits to a habit that already exists, you make it much more likely that you’ll stick to the new behavior. This method was created by BJ Fogg as part of his Tiny Habits program, and it can be used to build almost any kind of habit.

Keep track of the habit

Keeping track of a habit with a useful tool can have a direct impact on your daily life. When you first begin with the Planndu app, try the repeating reminders feature, you can create a new habit in any way you like by setting its frequency. All can be done in a second to help you prepare for a new habit to form. You can view your habits using the Planndu Calendar feature and see all the repeating actions and you’ll also get reminded with a notification.

Behavior is not something that changes overnight. Even after you’ve seen some progress, it may not be the right time to jump to the next level. Making your habit consistent is the key to repeating the same routine. Remember to take small steps and be confident that you won’t lose your new habit only because you rushed it. Embrace the tips above and make a new habit that improves your life! Start a new habit with Planndu! 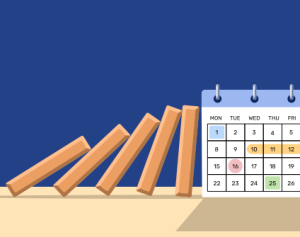 The Most Common Mistakes People Make When Planning Tasks 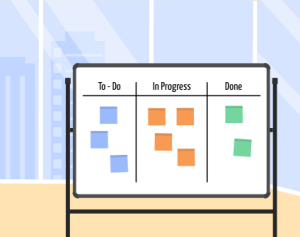 The Benefits of Kanban for Project Management 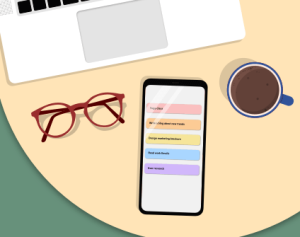 Conquer Your To-Do List with a Mobile App: Practical Guide for Scheduling